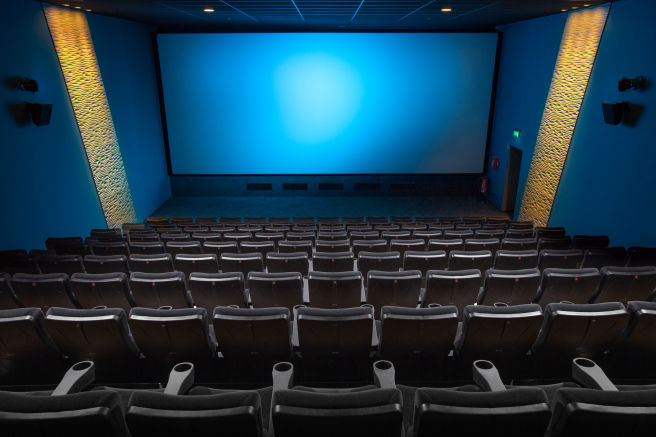 I get really fed up-most of the time-with the coming attractions for films. I detest and get very weary of films with explosions, car chases, futuristic catastrophes that may not actually happen (although with Climate Change, there could be some near-accurate realities) and bigger-than-life super-heroes.

So, I am going to suggest that as a historic preservationist/researcher, that Hollywood start thinking of the suggestions that I am proposing.
Why not have Hollywood look into doing some biopics of famous American architects and the notable buildings that they designed?
They could “resurrect” Russell Crowe's career by having him play Frank Lloyd Wright? Crowe's not a good choice for whatever reason? Hmm...Maybe Richard Gere? Brad Pitt loves Frank Gehry but he could take a “stab” at playing FLW because after all, Pitt's been interested in architecture for a long time.
I lived in Los Angeles, “The City of Angels”, for 20 years where I first became fascinated with architecture and architectural history. I recall driving past such structures as the Saks Fifth Avenue store in Beverly Hills, the L.A.Superior Courthouse and the Golden State Mutual Life building. Then I read about the man who was responsible for the design of these works.
He was Paul Williams-the first African-American member of the American Institute of Architects.
What about a Williams biopic? Certainly, Denzel Washington could play Williams and deliver a magnificently stellar performance. So, what would be the point of all this? Well, first of all, movie fans and cinema lovers would have a change of pace from the ubiquitous screen fare of explosions, car chases and futuristic catastrophes. Second, they could learn about the architects and the buildings they designed, as well as, their impact on civilization.
If producers and directors did not want to film a biopic on the architects-then perhaps what about a film about the construction of the Yankee Stadium, the Seattle Monorail, the Corn Palace in Mitchell, South Dakota or the geodesic greenhouse that was designed by R. Buckminster Fuller at the Missouri Botanical Gardens in St. Louis. Even FLW's Taliesin West in Scottsdale, Arizona would be another great topic for consideration.
America has become too homogenized. Boring strip malls. Big box stores. There needs to be more of an appreciation of our architectural heritage by Americans. But the citizens of our nation also need to incorporate the information of this heritage into a broader historical literacy. It is time for a change in the genre of American cinema.
Best Regards,